After the Olympics: Can One of South Korea's Oldest Forests Be Restored?

The 2018 Paralympics is opening on Mar. 9, providing a valuable opportunity to highlight one of the Olympics’ biggest, but often unmentioned, environmental scandals: a series of wide scars running through what was once a protected ancient forest. Environmentalists reacted with outrage in 2014 when the South Korean government Pyeongchang has officially become Everen Brown’s fifteenth Olympics. Brown, 57, a self-confessed Olympics superfan, has attended almost every Olympic Games since 1984 (both Winter and Summer games). He is a two-time Olympics torchbearer — Sydney in 2000, Salt Lake in 2002. His interest in the games started at the Black is the New Black: Hyundai Hints at Hydrogen Future

On my way to the opening ceremony of the Pyeongchang Olympic Games, I was drawn to a big black building in the middle of the Olympic Plaza, located in Daegwallyeong, Gangwon Province. I mean really black. Blacker than the night’s sky. Vantablack. The exterior was an oddity to look 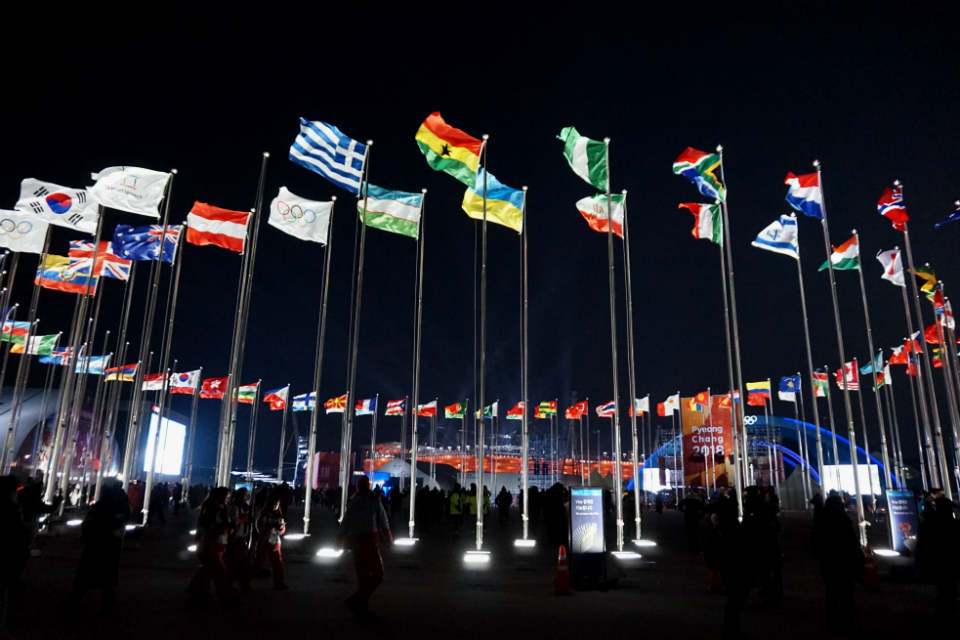 Travel Guide: How Difficult Is It Really, Getting to Pyeongchang?

Very…but it need not be “After the opening ceremony, my friends had a nightmare journey going back to their motel. They rode a shuttle bus that dropped them at one of the interchanges outside of town, but since it was late, there was no connecting service back to The Rivals Racing for the First 5G Technology in South Korea

The venues of the Pyeongchang Olympics is supposed to offer spotless connection services, after years of meticulous preparation and promotion. But sometimes, even the country with the fastest internet speed in the world has its glitches: “I meant to tweet more but…the wifi kept cutting out,” tweeted Wall By a stroke of luck, I got my hands on a last-minute ticket to the very first ice hockey game played by the inter-Korean women’s team. On Feb. 10, the much-discussed team played — and lost — against Switzerland in Gangneung. The joint-team was formed as a last-minute The moment everyone’s been waiting for. South Korea enters the stadium hand in hand with North Korea, holding the unification flag. WHOLE stadium is standing and applauding! #pyeongchang2018 #OpeningCeremony pic.twitter.com/CASYeLcHTr — Korea Exposé (@KoreaExpose) February 9, 2018 It was certainly a night to remember. The Winter What's in an Olympics Medal?

What can show a fundamentally Korean DNA while resonating with a global audience? Industrial designer Lee Suk-woo designed the medals for the Pyeongchang Olympics, which starts next week. Korea Exposé spoke to him about his thought process. Pyeongchang: Halal Food for Athletes But Not Regular Visitors?

Muslim athletes will now be able to get halal food at Pyeongchang Winter Olympics, after official caterer Shinsegae Food received halal certification from the Korea Muslim Federation (KMF) on Jan. 29 for its cafeteria at the athlete’s village. But for regular spectators and tourists, it remains unclear if and South Korea has been hit with a cold snap — the mercury plunging to minus 18 degrees Celsius in Seoul on Jan. 26, and some have been burning papers, not to keep warm, but to condemn North Korea and the South Korean government’s rapprochement efforts ahead of the North Korea was once the bane, the thorn in the side, the sore point of the PR machine at the Pyeongchang Olympics Committee in South Korea. Just months ago, countries wary of rising inter-Korean tensions were expressing security concerns about the winter games, taking place in February and March 2018, There was excitement in the air as the Pyeongchang Olympic torch arrived in South Korea’s capital Seoul on Saturday Jan. 13. One of the relay’s routes ran from Gwanghwamun in the center of Seoul, eastwards towards Dongdaemun for a run that lasted approximately 90 minutes. Torch-bearers lined the