The seven missing hours. This number has been the hotbed for sensational rumors, conspiracy theories and politically polarized debates about how responsible the government — namely, Park Geun-hye — was for one of the country’s most tragic ferry disasters in recent memory. On the day of the Sewol One of South Korea’s biggest public broadcasters, MBC, is being criticized by its own reporters for biased reporting on the Moon administration. Last week, on Aug. 7, the economics desk at MBC News released a statement about reporting practices and hierarchical structures within the outlet. It claimed that since Park Geun-hye Has Made Her Bed. Now, Who Will Lie in It?

Former president Park Geun-hye’s administration has come under fire recently for documents it left behind in the presidential office. But now it turns out she left something else behind too: three rather expensive beds. During her presidency, Park purchased the beds with taxpayers’ money at a total cost of During the Cultural Revolution, millions of students across China went on a rampage against any perceived dissident, inflicting both physical and emotional violence. Half a century later in South Korea, to silence critics, supporters of political parties are using what the country is best known for: technology. More specifically, text We Need to Tak about Hyeon-min

In a chapter of “A Manual for the Male Mind,” author Tak Hyeon-min provides a succinct bit of mansplaining. He recommends the old-fashioned pull-out method during intercourse as a means of birth control, his point being that since using a condom impedes the formation of “a next-level emotional rapport,” women Jieun Choi 23 May 2017
Subscriber only Members Free to read

With his good-looking entourage (especially one of his campaign bodyguards), newly-elected president Moon Jae-in has excited many in South Korea and beyond. Now, he is enthralling the electorate with his choice of ministerial nominees – this time, not for their appearances but because they are women in positions previously dominated 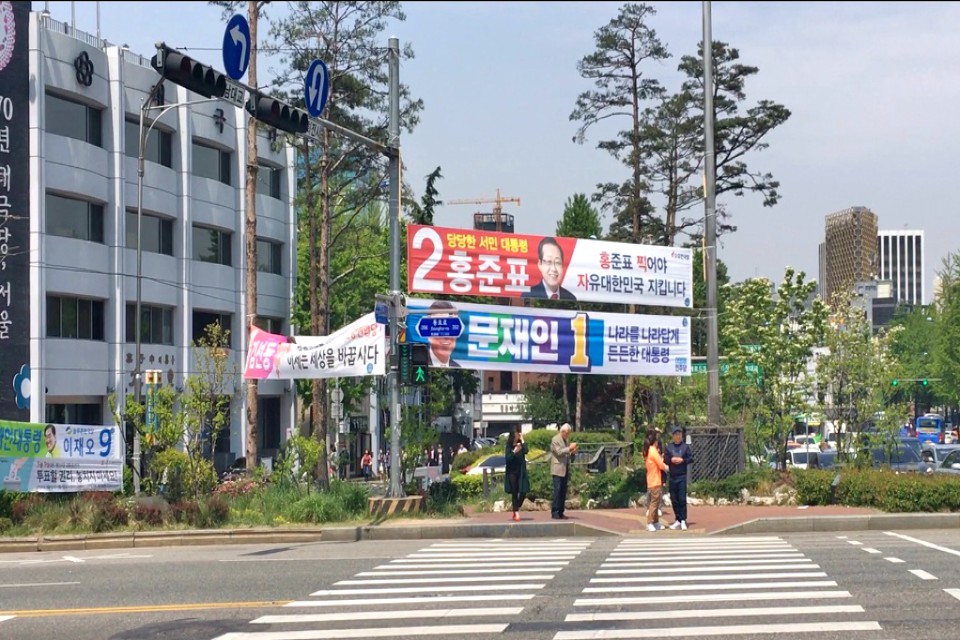 What Happens to All Those Election Banners?

VOTE FOR ME! I CAN CHANGE SOUTH KOREA! Colorful election banners decorated South Korea’s streets throughout the recent presidential election campaign. The country is now left with reportedly over 17,000 strips of synthetic fabric, which threatens to go to waste (they will likely be incinerated or buried In exactly a week, South Korea will hold its 19th presidential election. It’s a busy time for the post office: The National Election Commission has been mailing out over 20 million promotional packages about the presidential candidates. To voters, these packages are an informative and even a fun way 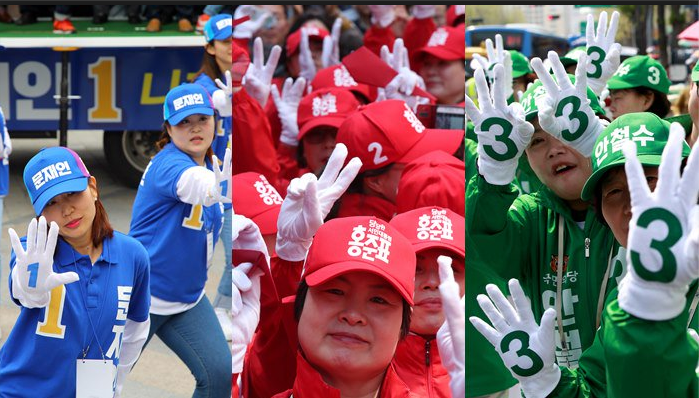 Another election in South Korea means another season of trucks blaring out deafening campaign songs. Korea Exposé took a look at some of the funniest tunes each candidate is using to seduce voters.   Moon Jae-in, The Minjoo Party Front-runner Moon has a support rate of 44.8 percent, 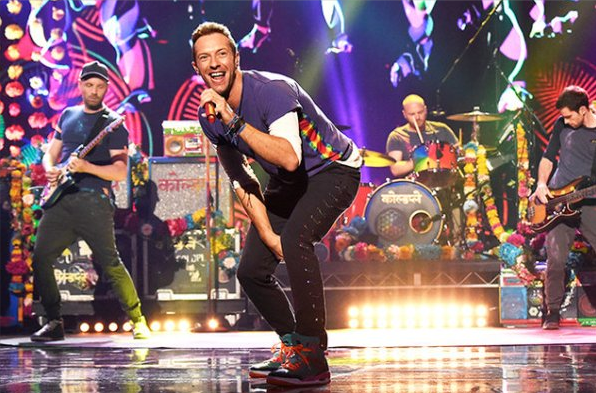 I went to see Coldplay last Sunday. It was the band’s first ever visit to South Korea, so competition for tickets was insane. The venue, a massive stadium that holds up to 100,000 people, had sold out in just five minutes. The audience contained some serious Coldplay The Election Lottery: Cast Your Ballot, Win a Prize?

What’s the best way to lure voters back to the ballot box? Some South Koreans think holding a lottery, with monetary prizes, may do the trick. Recently, 30-year-old software developer Yoo Byeong-joon launched the “National Voter Lottery” with six like-minded friends. The idea sparked interest last April, when politician